Here’s the link to the book talk I did about the Deception book series for Village Lake Writers and Poets on May 13th. Just copy and paste!
Click here for the video on Facebook 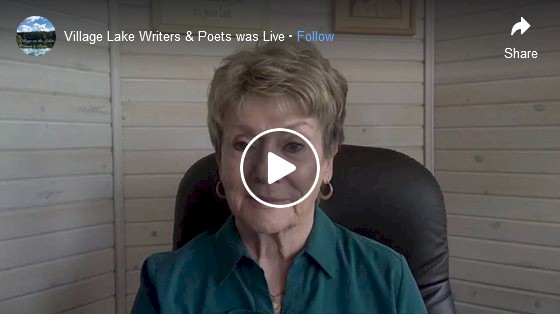 Gail Lee Cowdin – In the News

Video intervew with Marlene Moulton Janssen, host of “Beyond the Book”

Published February 20, 2015 at 9:05 am
It starts with a gunshot that kills a researcher in a Twin Cities stem cell and genome lab and ends with a chase to the Boundary Waters to track down a murderer.

This is Quay Thompson’s story, a fictional Minnesota Bureau of Criminal Apprehension detective who is grieving over the unsolved murder of his wife before a second killing on the North Shore of Lake Superior leads him and his BCA partner Samantha Atwood to believe there is a connection to an activist group in both cases.

The plot of “Deception and Redemption: A Quay Thompson Novel” is a classic detective novel with a twist of corporate espionage amidst protests on stem cell and genome research.

Author Gail Cowdin began writing this book after she retired 12 years ago from the Anoka-Hennepin School District after a 37-year career, but set the rough draft on the shelf of her Arkansas home until she decided it was time to self-publish her first book.

“It was a delight to get that first book, to have it in my hand. To see it was fulfilling,” she said.