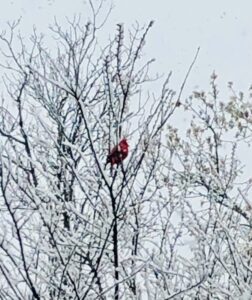 Happy New Year, readers!
Well, I guess it’s starting. Fitting. Ready for a New Year? And a new story?
No set title yet. A glimmer of a plot. Some former Deception characters returning. Remember Jake, the Native American from the copper mines? We’ll see. Tell me what you think. Is it worth it? Is this enough to get it going? I need about a hundred responses to get ME going. Share if you wish. Get me some responses and feedback. Here we go:

Life is But a Dream

The truth was she didn’t always remember. She was no longer sure if her memory was real or had just been a dream.There were moments of clarity. Other moments of fog. Sometimes the fog outweighed the clarity.
This morning Maggie had wakened from a deep sleep, the fragments of a dream lingering. What was it she’d seen? The room in her dream had been shadowed with dark shapes lined against a wall. They were afraid, staring, mouths agape. She’d watched to see what was causing their fear. The room was bare…except for the thick-trunked tree rising through the floor, silent branches pushing up, stretching outward like waves reaching toward ghastly souls shrinking into the gray walls. A single stream of light lasered down from a pinhole in the ceiling above the tree. The tree began to glow. That was it. That was all she’d seen.
Maggie shuddered at the memory and settled down into the quilts. Embracing her with warmth, the blankets enveloped her creating a thick wall of comfort against the icy darkness. Struggling into wakefulness, she lay still letting the flitting dream pictures seep between dawning awareness and regretful loss of sleep.
She wasn’t ready to meet the day. Not yet. The pinkish gray of early morning light pushed at her eyelids, and she nudged it away, wishing to return to deep, hollow, nothingness and sleep. She listened to Jake’s soft breathing, regular and unbroken next to her; he had always slept soundly despite his frequent, unconscious crablike reaching for her that always brought back threads of uneasy memory from a night months ago.
What had she been dreaming? Bits of dream visions flickered, weaving in and out, disappearing then returning in a flash of recognition. A tree. Fear rising. People fading away. Then they were gone, and she was left with unsettled feelings.
Finally, she pushed the dream aside, letting it disappear. What day was it? More importantly, where was she? At that thought, she opened her eyes, and stared at the ceiling. Monday. It was Monday. She hated Mondays! And she was at Jake’s. She had spent the night with Jake. Again. She’d promised herself she wasn’t going to do this anymore.
What had she done?
Made a mess of things, that’s what she’d done. She groaned softly, and rolled herself out from under the quilts, bare feet steadied onto the cold, wood floor, and stood up. Jake rolled away, his dark hair falling over his face, pulling the quilts more tightly around his shoulders. She guessed he wasn’t ready to wake and face reality either.